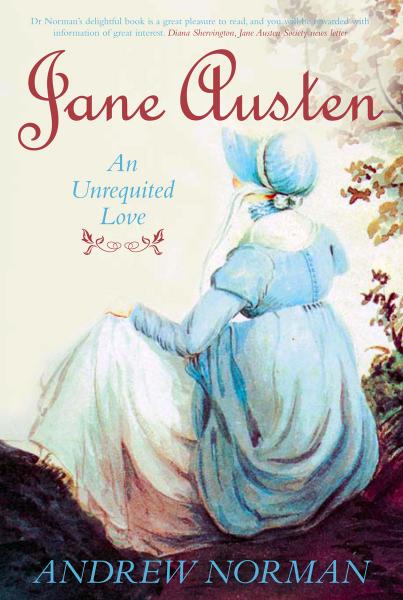 Jane Austen, in her novels, writes of love and romance. But to what extent did they feature in her own life; and what were her own hopes and desires, and were they in any way fulfilled?

Jane Austen is regarded as one of the greatest novelists in the English literary canon, and recent film and television adaptations of her works have brought them to a new audience almost 200 years after her untimely death. Yet much remains unknown about her life, and there is considerable interest in the romantic history of the creator of Elizabeth Bennett and Mr Darcy. Andrew Norman here presents a fresh account of her life, breaking new ground by proposing that she and her sister, Cassandra, fell out over a young clergyman, who he identifies for the first time. He also suggests that, along with the Addison’s Disease that killed her, Jane Austen suffered from TB.

Written by a consummate biographer, Jane Austen: an Unrequited Love is a must-read for all lovers of the author and her works.

‘Dr Norman’s delightful book is a great pleasure to read, and you will be rewarded with information of great interest.’
– Diana Shervington, Jane Austen Society Newsletter

Thomas Hardy: Behind the Mask