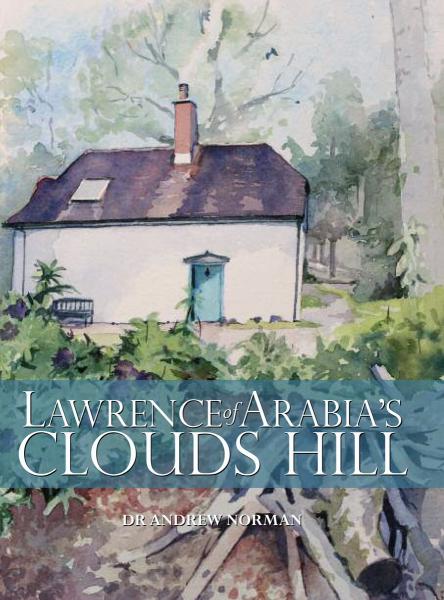 Clouds Hill is a humble cottage in the heart of Dorset which once belonged to a woodman and, from 1923 was occupied by T. E. Lawrence. The cottage, which Lawrence described as ‘an earthly paradise’, is situated not far from his workplace, the army camp at Bovington.

Here at Clouds Hill, on a wind-up gramophone, Lawrence listened to the music of his favourite composer, Elgar; entertained his army friends, and ate his frugal meals, always in a standing position. And it was during his occupancy of the cottage that his masterpiece, Seven Pillars of Wisdom was published. However, I was surprised to discover that at Clouds Hill, ‘Lawrence of Arabia’, a hero in his own lifetime, who had led the Arab forces in their war against the Turks, once attempted suicide.

On his famous ‘Brough Superior’ motorcycle, Lawrence would embark on high-speed excursions into the countryside, or up to London. It was when returning home on his motorcycle from nearby Bovington on 13 May 1935, that he had an accident, causing severe injuries from which he died 6 days later.

As a frequent visitor to Clouds Hill, I set myself the task of examining Lawrence’s life at Clouds Hill, in an attempt to discover what had made him so dreadfully depressed; and also of investigating the circumstances of his untimely death.